Family is an integral aspect and concept inhabiting human existence. Conflicts among those closest to us are inevitable, and their eventual resolutions may be civil or volatile. We also depend on familial relations for support, love, and resiliency. Joyous occasions, such as a birth, can facilitate immense celebration and happiness. An illness in a family member can create fear, panic, reflection, yet enhanced connectivity. Thus, it is quite evident that the idea of medicine extends beyond physical and mental illness to encompass the vital component of familial coping and interaction with their loved ones. “A Woman Under the Influence” is a brilliant 1974 drama film directed by John Cassavetes, demonstrating the wide array of familial emotions in the midst of a loved one’s illness.

Nick Longhetti (Peter Falk) is a hard-working construction worker married to Mabel (Gena Rowlands) and father to three children. He is quite preoccupied with others’ perceptions of Mabel’s eccentricities, and serves to exert a great deal of control over her decision-making and her behaviour. Mabel is acutely aware of this power dynamic, and puts a great deal of effort in trying to be a great “hostess”. She is greatly disturbed and confused by others’ expectations of her behaviour, manifesting into odd mannerisms and occasional outbursts. A variety of events over the course of a day including questionable conduct at a children’s party to a heated confrontation with her mother-in-law Margaret (Katherine Cassavetes) led to Mabel’s certification and involuntary psychiatric hospitalization for six months. Upon her return home, the familial expectation was complete cure (i.e. acting within the norms of society). It quickly became apparent that illness in any shape or form involves recovery – experiencing life in the present and using healthy coping strategies to deal with daily challenges. 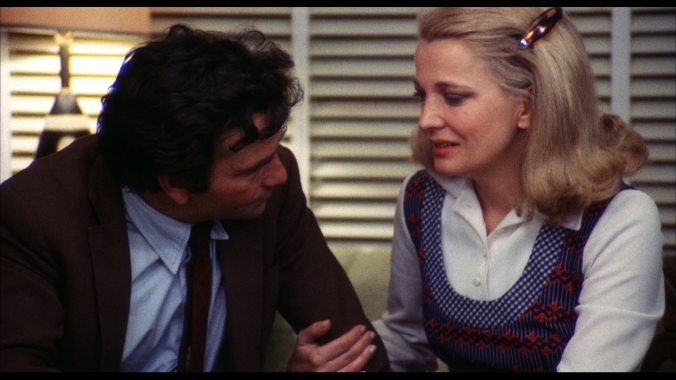 This film has multiple assets which effectively conveys the stressors involved in living with mental illness. The acting is absolutely sublime. Peter Falk palpably harbours anger, confusion, and discontent with the reality of his ideal vision of family. The supporting cast’s emotions greatly increase the intensity and concern of their loved ones. However, I feel that it is Gena Rowlands’ acting talent and complete engulfment into Mabel’s world which makes this film a classic. She epitomizes the central struggle of a fragile individual living with a strained marriage and mental illness. As well, the long scenes feel improvised, allowing the viewers to watch an encounter where individuals’ behaviours evolve. Emotions heighten, and behaviours may become more unhinged and disintegrative in realtime. This enhances the fidelity of the film to many real-life circumstances, whereby the snowball effect leads to a potential familial crisis and an eventual intervention.

I believe that the title of the film lends itself to a variety of interpretations. Specifically, how was Mabel under the influence? Were her behaviours a manifestation of alcohol use, true mental illness, her personality, her reality, or her family’s expectations? In truth, a multifaceted lens needs to be adopted in understanding anyone’s behaviour. Psychiatry as well as other areas of medicine operates under a biopsychosocial model, in which biology, psychology, and social factors contribute to wellness or illness. Culture is another component influencing health care professionals’ and the public’s opinions on the manifestations of mental illness. Mabel’s behaviours and eventual hospitalization were not solely from an organic basis. They culminated from many aspects and ideas of our Western societal and cultural perception of illness, norms, and wellness.

I do not own any of the images in this post. This post is also a part of a blogathon I am hosting between May 26 – 28 related to Medicine in the Movies! Please check out other related posts over the next few days as we discuss the impact of the medical field on cinema! 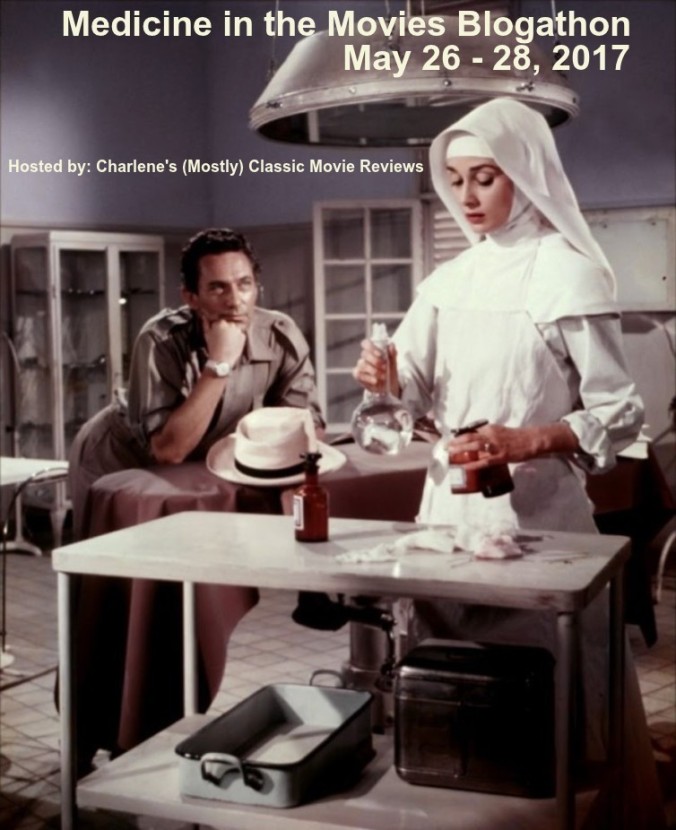 The pursuit of the perception of greater prestige is one that encompasses Western society’s identity. The quest, attainment, and dissolution of achievement creates an inner restlessness to strive towards higher prosperity without appreciating and smelling the roses. This eventual dissatisfaction inevitably leads to risk-taking, with disastrous and/or meaningful results.  In H.C. Potter’s 1948 classic screwball “Mr. Blandings Builds His Dream House”, the commonplace and relatable journey from leasing to owning and then renovating a home is the focus. Disillusionment of the idyllic country life is eye-opening to the tired yet wide-eyed urban dwellers in the film.

Jim Blandings (Cary Grant) is an advertising executive and family man who has just been assigned to the doomed ham/WHAM campaign, much to his displeasure. He is also frustrated with the tiny square footage and lack of closet space in the New York apartment which he shares with his wife Muriel (Myrna Loy) and daughters (Connie Marshall and Sharyn Moffett). Much to the dismay of his lawyer “best friend” Bill Cole (Melvyn Douglas), the Blandings are deceptively swindled and decide to buy a somewhat dilapidated home that has been erect since the Revolutionary War. This purchase obviously and inevitably does not come without challenges. The multitude of foundational issues with the “new home”, the Blandings’ sometimes varying opinions on construction and blue printing, writer’s block regarding the ham-like WHAM, as well as finance and jealousy all collide to create calamity in classic screwball style.

Becoming a home owner has become a pinnacle of success in our current landscape. It signifies that an individual or family appears to be financially stable and at ease in their lives, prepared to take on this rewarding challenge. Owning a home also signifies autonomy and independence, and undertaking renovations can be an extension of one’s creativity. If the owners are in a relationship, this whole process can also be a test of strength, endurance, and compromise in their unity. It is the hope of all involved that the “ultimate dream home” helps to create actualization and a future of stability and fulfillment.

I do not own any of the photos in this post. As well, this post is part of the Favourite Film and TV Homes Blogathon hosted by Phyllis Loves Classic Movies and Love Letters to Old Hollywood! Please visit their sites between May 5 – 7, 2017 to check out many great posts regarding this wonderful topic! 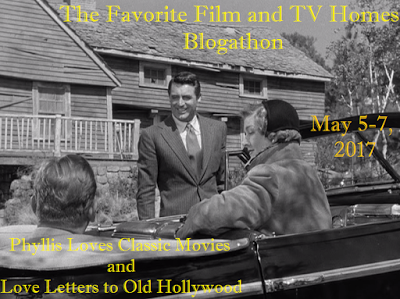