The concealment of deceit has been a longstanding tradition in society. The maintenance of facades grants this continued perception while allowing one to experiment and examine various interests outside of these so-called constraints. This exploration may allow one to transition into another chapter in their life, such as a career. However, traversing this course in the realm of any kind of relationship can create confusion, hurt, and future mistrust branching into subsequent bond formation. These taxing situations have nonetheless been highly mimicked and lauded in film, generating suspense, concern, and sometimes comedy depending on the plot. The concept of relationship deceit is one such theme that produces a lot of “trouble in paradise”. The master of subtleness Ernst Lubitsch directed the delightful 1932 Pre-Code romantic comedy with the title of the aforementioned quoted phrase, crisply navigating the previously discussed theme with great wit and intelligence.

The film begins with thief extraordinaire Gaston Monescu (Herbert Marshall) putting forth multiple illusions of himself. One is as a doctor, robbing the wealthy Francois Filiba (1930s screwball staple Edward Everett Horton). The other is as a wealthy baron in the city of Venice. He meets with Lily Vautier (Miriam Hopkins), who is impossibly the most social socialite among royalty. Unbeknownst to them both, they are highly professional thieves. This discovery launches a seeming whirlwind of fraudulence and dishonesty. After Monescu robbed a peace conference and “took everything except the peace”, we are introduced to the wealthy Parisian cosmetics maven Madame Mariette Colet (Kay Francis). Through a myriad of circumstance, the two crooks begin working for Colet with Monescu turned Gaston Lavalle at the helm of her finances! Multiple love triangles, derailed plans, clever lines, glamour, possession, jealousy, and most of all sexual tension blend together to develop an utterly and daringly original film.

Lubitsch employed many innovative techniques in the film’s portrayal of sexuality. The Hays Code was definitely impending on Hollywood at the time that this film was created, as much nudity and seduction were increasingly prevalent in studio pictures. While many films were amplifying overt sexuality, Lubitsch slyly inserted multiple ploys to scandalously include sexual encounters between unmarried individuals. A wine bottle, shadows on a mattress, a clock, innuendo, and yet sometimes complete silence are some examples allowing the audience to make insinuations and draw conclusions. The light atmosphere and comedy help to mask this film as a nearly innocent, oxymoronic portrayal of layered deception. While the film was not reissued during the Code era, the act and craft of masquerading ultimately lends the film itself added charm, depth, timelessness, and a rewarding stamp in cinema. 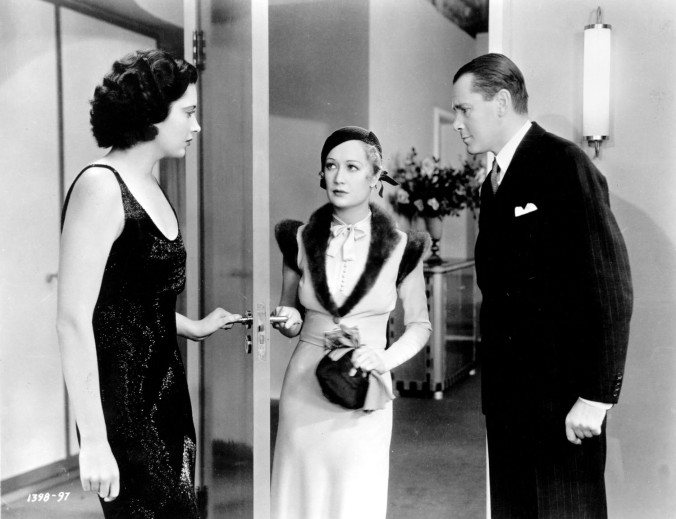 I do not own the photos in this post. As well, this is part of the SEX! (now that I have your attention) Blogathon hosted by Movie Movie Blog Blog! Please have a look at the other great entries over this weekend contributing to this blogathon discussing sexuality and film.