When I first heard of this great idea for a blogathon hosted by KG’s Movie Rants, I could think of no one better to write about than Myrna Loy. After much lobbying from the Writers Guild of America as well as various heavy Hollywood hitters in the form of screenwriters, actors, and directors, Myrna Loy received her Honorary Oscar in 1991 at the old age of 86. Some receiving honorary Oscars have received Academy Award nominations and wins in their careers. It is astonishing and baffling that she did not receive any nominations despite having a body of work including 129 films! If she’s not an unsung hero, I don’t know who is.

Born in 1905 in Montana, Myrna Adele Williams grew up on a humble farm. It was after her father’s death in 1918 that her mother decided to move the family to Los Angeles, as he objected a family uproot to the City of Angels. Once the family was settled, Myrna began participating in local theatrical productions at age 15.

Myrna’s beauty caught the eye of Rudolph Valentino and subsequently Warner Brothers, where her surname was eventually changed to “Loy”. I have not seen any of her silent era films whereby she was often cast in very exotic roles. I am so accustomed to her comedic skills and endearing, relatable characters that it would be difficult to imagine her portraying a femme fatale role. Thankfully, W. S. Van Dyke took a chance and insisted on her being cast in a string of films that would change the course of her career…

The aforementioned director was at the helm of “The Thin Man”, a mystery/comedy film released in 1934 starring charismatic movie star William Powell in addition to Loy. It was released three weeks after their pairing with Clark Gable in the compelling and heartbreaking “Manhattan Melodrama”. Nick and Nora Charles are a couple who are private detectives, whimsically solving criminal cases. The electric chemistry between Powell and Loy was undeniable, launching a franchise of five more “Thin Man” films. They complemented each other extremely well, and were the yin to each other’s yang. Powell’s bravado and Loy’s subtlety made for a captivating movie experience (also, the wire-haired fox terrier Asta helped a lot!).

Many in her repertoire of films showcased her sharp comedic timing. Some of my favourites include “Libeled Lady”, “The Bachelor and the Bobby Soxer”, and “Mr. Blandings Builds His Dream House”. Her co-stars in these films included some of the most magnetic stars in Hollywood – Cary Grant, Jean Harlow (my personal favourite), Spencer Tracy, and Clark Gable. Her dramatic roles were also very impressive. “The Rains Came” is one great example, and her performance in “The Best Years of Our Lives” is simply stunning. Her portrayal of the spouse of a man returning from WWII is a true embodiment and representation of a wife and mother struggling to come to terms with a world and a husband forever changed by the effects of war.

Her roles in the 1950s and beyond were less in frequency than in the previous two decades. As well, her humanitarian work indicated her commitment to the betterment of mankind. She was involved in the Red Cross in WWII, co-chaired theAdvisory Council of the National Committee Against Discrimination in Housing, and was involved in UNESCO later in life. She was also a breast cancer survivor.

It is no doubt that Myrna Loy has a remarkable resume of films, and her talent is just unfathomable. As I learned while writing this post, she is an unsung hero in many ways beyond the world of film. 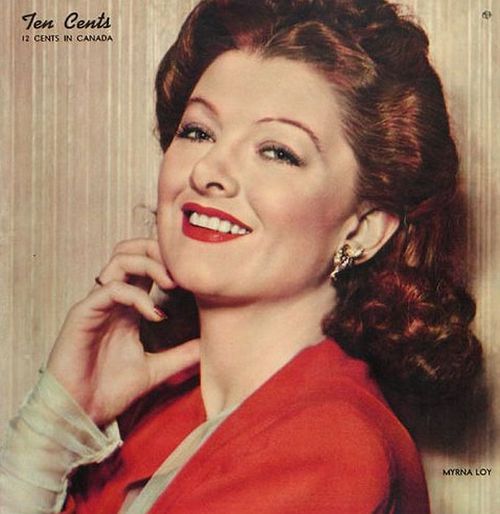 Fun fact: As a teenager, she posed for a statue entitled “The Fountain of Education” in 1922. It stood in front of Venice High School where she was a student. The statue was replaced in 2010 by a bronze duplicate. 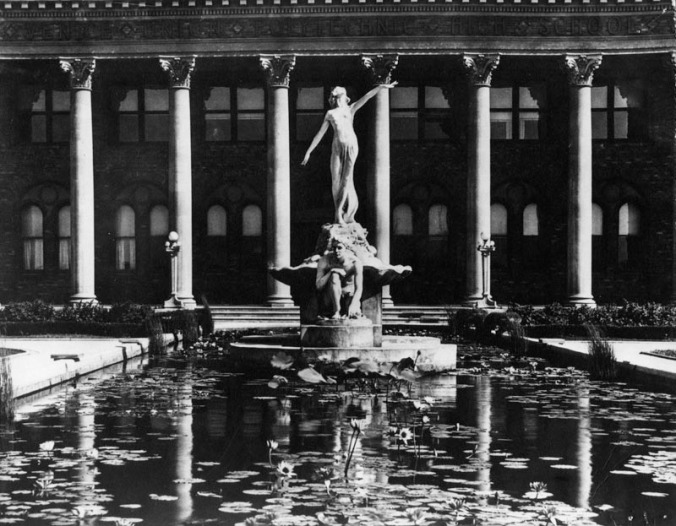