Grief is an unfortunate yet unavoidable process. This can be related to and can include loss of a relationship, job, or physical or emotional loss of a loved one. While there are various stages of grief, each individual handles it differently. They may exact revenge, anger, guilt, or detachment. Regardless, these events are life-altering. They halt the anticipated course of our life trajectory, interrupting any previous sense of rationale we once held. “The Sweet Hereafter”, a 1997 Canadian film directed by Atom Egoyan, explores the complex web of emotions associated with grief and bereavement following great tragedy impacting a rural community in British Columbia.

Mitchell Stephens (Ian Holm), an outside lawyer with a complex and contentious relationship with his daughter Zoe (Caerthan Banks), ventures to a small Canadian town during a harsh winter. He is representing a group of citizens in a class action lawsuit for negligence against their own town and a bus company. We quickly learn the true, heartbreaking nature of this lawsuit – a bus accident claiming the lives of fourteen children. Carefully paced, Stephens unearths the raw reality, fears, and new challenges of those affected by the crash, wrestling with his role in Zoe’s battle with drug addiction.

There are many techniques enhancing storytelling used in this devastating yet beautiful film. Firstly, it is crafted such that the story is out of sequence. This aids to juxtapose between a sorrowful present and a once joyful past, but also to highlight parallels between Stephens’ suffering and that of the community. In addition, “The Pied Piper” is incorporated into the story, showcasing similarities between a legend known to many and this town’s tragedy. Nicole Burnell (Sarah Polley) narrates, and her role as “the lame child” serves as a metaphor for her own fate. As a whole, these techniques enhance the palpability of the film’s catastrophic truths.

“The Sweet Hereafter” is spoken within a phrase near the end of the film. Nicole recites that the once united community is now emotionally disbanded, living separate “strange and new” lives in the “sweet hereafter”. I initially felt that there is a great sense of irony in the title, as the future following a mass casualty seems quite grim. However, in the process of grief, acceptance is generally deemed as the final stage. I do not believe that we “move on” from tragic events as they will forever be imprinted in our memories, but we try to create a new sense of normalcy through an understanding and acceptance of our past. Through this, we may be able to find peace and meaning in the new paths we forge. 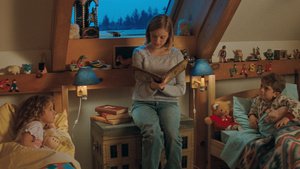 This is part of the Ultimate 90’s Blogathon hosted by Kim from Tranquil Dreams and Drew from Drew’s Movie Reviews. Please head on over and check out the other awesome entries! 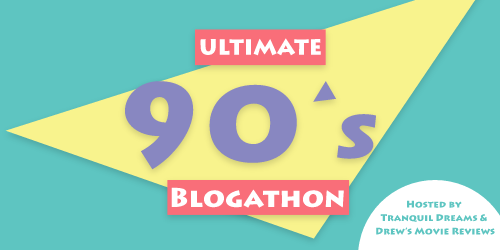